You did not disappoint me in early January, Yarn Clubbies. First of all, I wasn't expecting such a great turnout for our January 4th meeting, while many folks were still lounging in PJs and enjoying some time off work. And second, you hadn't given away all your lovely recently finished objects over Christmas, so you were able to bring them to Yarn Club. Thank you on both counts. 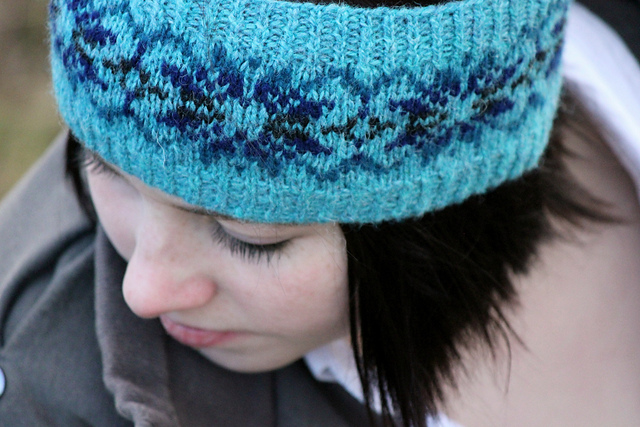 Gillian shared her Advent MKAL 2017, which is Janevi by Monie Ebner. She knit her luscious version in Crooked Kitchen Yarns sport weight 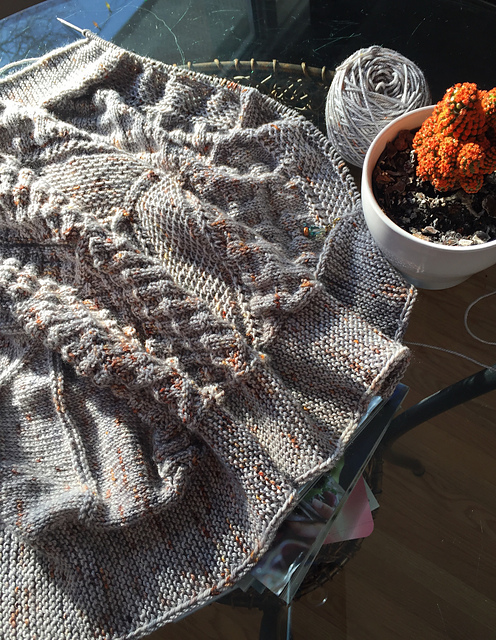 Liz brought in her Shoreline Vest, by Carrie Bostick Hoge, knit in Patons DK Superwash (and might I add, you can't go wrong with this yarn, such a classic). 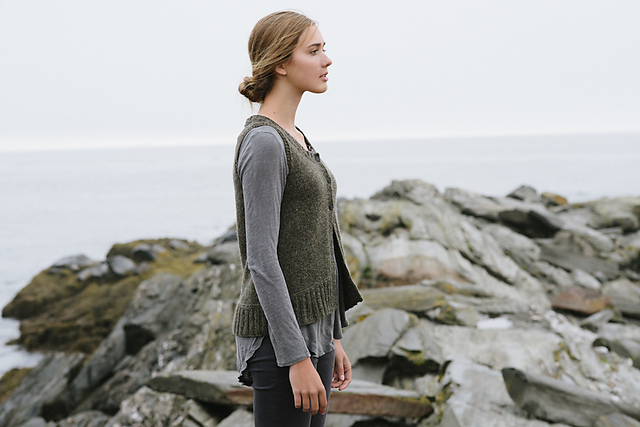 Roxann's Twiddle Muff was a big hit with everyone at the meeting, what a lovely idea for dementia patients. The idea behind the quirky item is to provide dementia patients with something to twiddle with their hands to help ease anxiety. Here's Roxann's version, which she made using odds and ends from her stash: 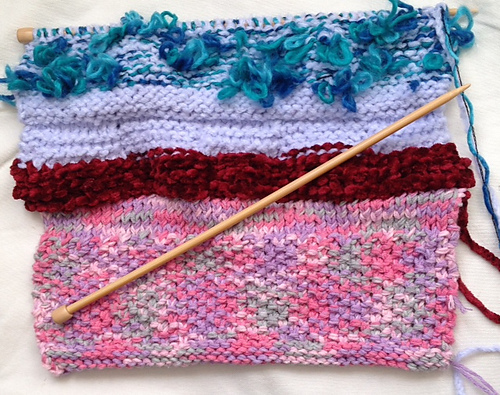 Not quite identical, these socks are fraternal! Kris shared her Hiiumaa Mismatched Mates socks by Nancy Bush, a nice simple knit. She used Briggs & Little Durasport 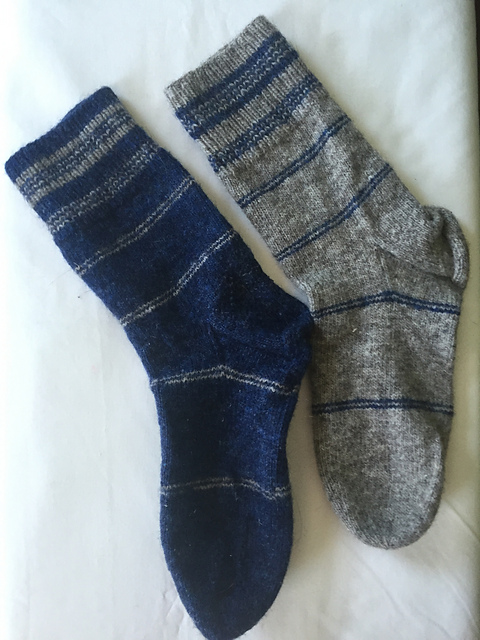 Looking forward to seeing you January creations at the February meeting, and don't forget to bring along something the could use a little blocking assistance as we revisit Alexis's Block Party talk.