For January's meeting, I asked people to bring in some inspiring ways to use variegated yarn.  Here are some of the great ideas from the membership:

Updated February 1st to include Roxann's "scarflace".  Thanks so much for the photos, Roxann!

Roxann says, "Here is my 'scarflace' that I made from one skein of Alpaca Tracks T(h)read Lightly yarn. I braided the entire skein on my dual lucet then finger braided the resultant cord. By joining the 2 ends, I created a double wrap infinity 'scarflace'. The black band holding the 2 strands together is a crocheted bracelet made of nylon paracord and secured with a toggle clasp." 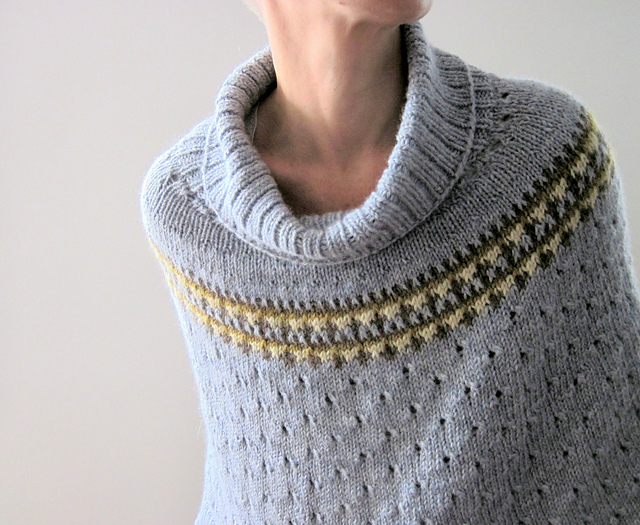 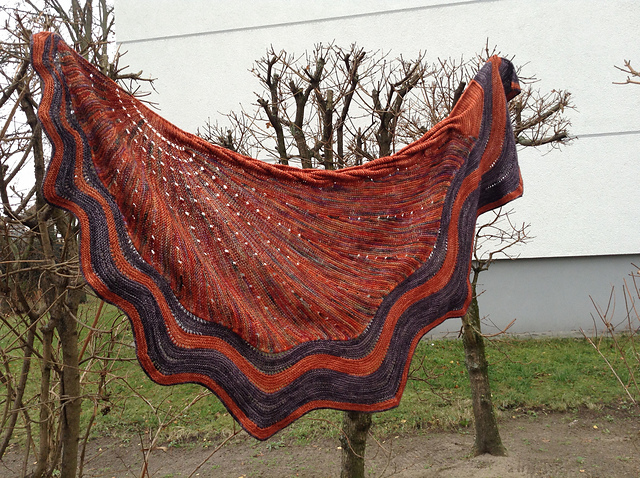 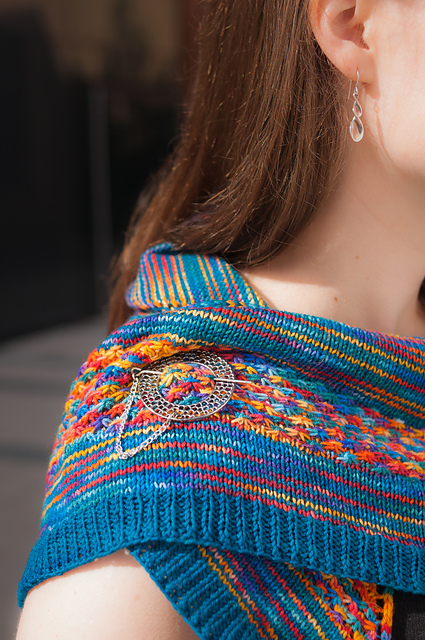 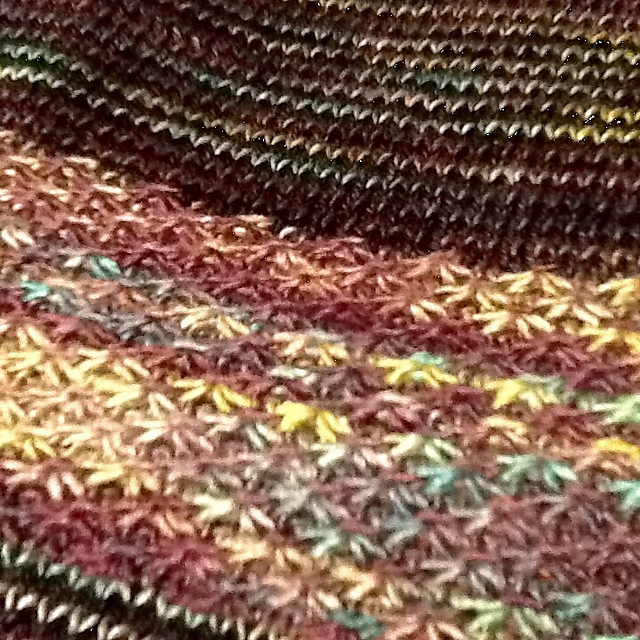 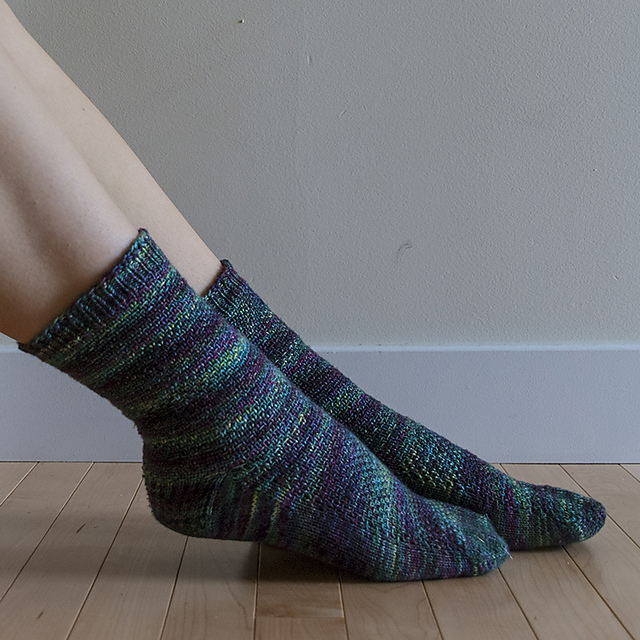 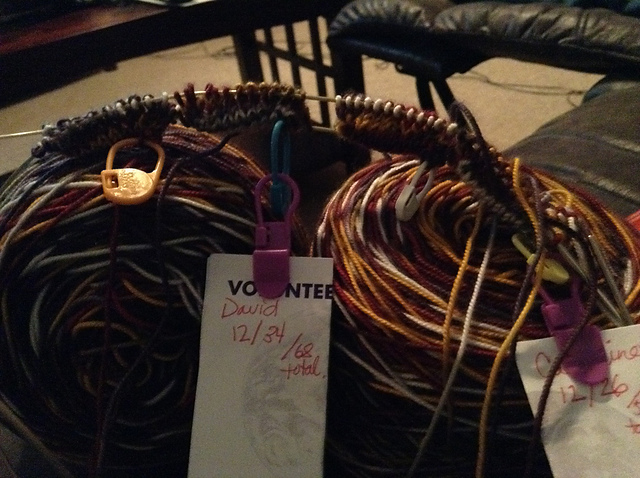 Member Ashlee is making a Crocheted Temperature Blanket, via Facebook 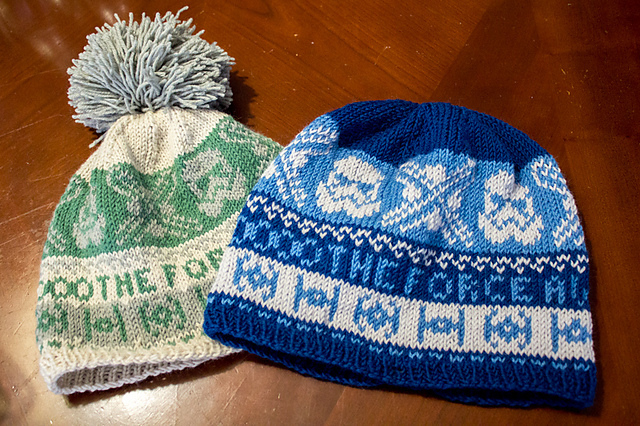 The Force Awakens by Mrs Luedeke